To share your memory on the wall of Mrs. Leatrice Woodard, sign in using one of the following options:

Provide comfort for the family by sending flowers or planting a tree in memory of Mrs. Leatrice Woodard

Provide comfort for the family by sending flowers or planting a tree in memory of Mrs. Leatrice Woodard

Leatrice received her formal education in the Wayne County Public Schools. She worked faithfully in education for over ten years. She also worked in the Health Field for many years. She obtained an Associate Degree in Human Resources at Wayne Community College.

She was a member of Latter-Day Saints and an honorary member of Gospel Tabernacle in Fremont, NC. She loved fishing, gardening, cooking, singing, crafts, and writing. She loved spending time with family, especially her grand and great-grandchildren.

To send flowers to the family or plant a tree in memory of Mrs. Leatrice Jean Woodard (Bass), please visit our Heartfelt Sympathies Store.

We encourage you to share your most beloved memories of Mrs. Leatrice here, so that the family and other loved ones can always see it. You can upload cherished photographs, or share your favorite stories, and can even comment on those shared by others.

Posted Apr 05, 2021 at 10:12pm
To Jesse Woodard Jr (Class of 84) and the Woodard family you all have my deepest sympathy for the passing of your Loved one. God Bless you.
Comment Share
Share via:
HS

Posted Apr 05, 2021 at 02:23pm
To The Family: With Deepest Sympathy and Love during your time of bereavement. You all are in our prayers.

Flowers were purchased for the family of Mrs. Leatrice Woodard. Send Flowers

Posted Apr 05, 2021 at 02:09am
So sorry to hear the passing of your mother Jessie( Vickie)May the Lord strenghten you as the days go by.Love ya'll .Graham Family
Comment Share
Share via:
FM

Posted Apr 03, 2021 at 02:04am
My sincere condolences to the entire Woodard family.The Williams family send the prayers and may God bless all of you .Felicia Williams Meza,Frances Kay Williams and the Family
Comment Share
Share via: 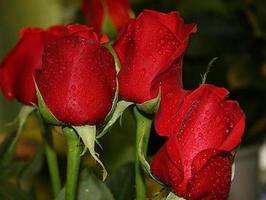 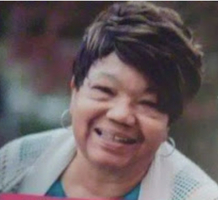