To share your memory on the wall of Ms. Janet Hutchins, sign in using one of the following options:

Provide comfort for the family by sending flowers or planting a tree in memory of Ms. Janet Hutchins

Provide comfort for the family by sending flowers or planting a tree in memory of Ms. Janet Hutchins

Mrs. Janet Sims Hutchins was born on October 22, 1956, to Eula Mae Simms Johnson in Wayne County, NC. Reared in Goldsboro, NC, She received her formal education in the Wayne County Public School System. She would later live for a brief period in New York, but the fondest of her life’s moments were experienced in Wayne County, NC.

Affectionately knows as “Moot” Janet had a true love for jigsaw puzzles and cooking, many have said there was no better cook than that of “Moot.” She will be remembered for her undying love for her family. She would later marry James Hutchins in 1976.


She leaves to cherish her memories 3 children: Tracy Sims, Shakeeta Suggs (Sherwood) and Jamall Simms (Tiffany)” , two very special children that Janet was vital in their upbringing Janet Simms, and Jospeh Simms, all of Goldsboro, NC.; her mother Eula Mae Simms Johnson; 4 sisters: Joyce Ann Simms of New York, Dolice Mathis, Betty Simms, Junita Wade, and 1 brother; Freddie Sims, Jr., all of Goldsboro, NC; 5 grandchildren: Dosh Simms, Laquita Sims, Rashon “Jai Jai” Suggs, D.J. Sims, Demorshea Sims; 9 great-grandchildren all of Goldsboro, NC; 1 aunt Lenora Sims of Goldsboro, NC, and a special friend Alicia Cricket Keele, they were friends for over 40 plus years and she loved her like a sister; Janet had a love for all of her family especially for her nephews and nieces whom she loved as if they were own, as well as a host of other relatives and friends.

To send flowers to the family or plant a tree in memory of Ms. Janet Hutchins (Simms ), please visit our Heartfelt Sympathies Store.

We encourage you to share your most beloved memories of Ms. Janet here, so that the family and other loved ones can always see it. You can upload cherished photographs, or share your favorite stories, and can even comment on those shared by others.

Posted Feb 10, 2021 at 06:30am
As you grieve know that we are remembering you and honoring the memory of "Your Grandmother". Love Always

Posted Feb 10, 2021 at 06:22am
As you grieve know that we are remembering you and honoring the memory of "your Grandmother".

Posted Feb 06, 2021 at 08:52pm
Janet will truly be missed. Thank you Janet for giving the Hutchins's family some great memories and good times. You made the best tuna salad to me. Loved you much.
Comment Share
Share via:
TS

Continue to RIH Moot, we love you and will truly truly miss you, love Sneak and Net Revell❤️😇🙏🏽 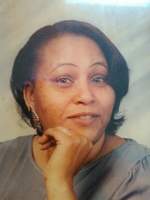