To share your memory on the wall of Mrs. Annie Dawson , sign in using one of the following options:

Provide comfort for the family by sending flowers or planting a tree in memory of Mrs. Annie Dawson

Provide comfort for the family by sending flowers or planting a tree in memory of Mrs. Annie Dawson

Print
Goldsboro - The Management and Staff of Serenity Memorial Funeral Home extend its sincerest condolences to the family of Mrs. Annie Doris Reid Dawson 72, who transitioned on Thursday, October 22, 2020 at her residence.

Annie Doris Reid Dawson, lovingly known as "AD," was born April 2, 1948, to the late Johnnie Lee Reid and Agnes Sherard Reid. She departed this life to eternal rest at her residence on Thursday, October 22, 2020.

A spiritual connection was established in her childhood, wherein she attended Eastern Chapel Missionary Baptist Church and sang in the choir. Later in life, Annie Doris accepted Christ as her Lord and Savior.

Annie Doris graduated from Dillard High School with the Class of 1966. She retired from Goldsboro City Schools, where she provided service to this community's children as a food service worker. She met no strangers, treated everyone kindly, and was loved by all. She enjoyed sitting on the porch, talking with family and friends.

To send flowers to the family or plant a tree in memory of Mrs. Annie Doris Dawson (Reid ), please visit our Heartfelt Sympathies Store.

We encourage you to share your most beloved memories of Mrs. Annie here, so that the family and other loved ones can always see it. You can upload cherished photographs, or share your favorite stories, and can even comment on those shared by others.

We are sending our sincere prayers and condolences to the Dawson & Reid Families. May we all be blessed with memories of Annie Doris. She will be missed.
Comment Share
Share via:
JB

Posted Oct 30, 2020 at 01:09pm
Diane & the Reid family,
My deepest sympathy for your loss. You are in my thoughts and prayers at this difficult time.

Posted Oct 26, 2020 at 11:22am
To the Reid & Dawson family,
We sending our prayers and condolences to the family! Know that she is resting in our master’s hand!
Love,
Barbara & Shanika Holden & Omar Yelverton
&
Vera Coley & Family
Comment Share
Share via:
AC

Mrs Nettie Rowe and the Reid family. Sending prayers for you at this time. The Lord is by your side holding your hand keep the faith. 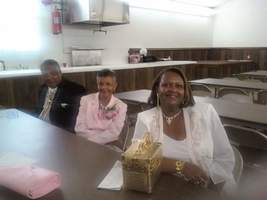 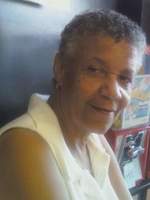 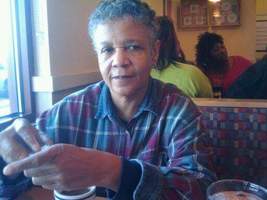