To share your memory on the wall of Mr. Ricky Harper , sign in using one of the following options:

On March 25, 1963, Ricky Lee Harper was born to Annette and Jesse Harper. While fighting a courageous battle, God stepped in and said “Well done thou good and faithful servant, you have fought a good fight.”

Ricky graduated from Southern Wayne High School in 1981. After graduating from high school, he joined and served one term in the Air Force and was honorably discharged. After leaving the Air Force, he worked at Georgia Pacific for a short while. Ricky then in the State Prison system from which he retired.
Ricky loved his family and enjoyed helping others in any way possible. He never met a stranger. Ricky was a diehard Tarheel basketball and Cowboy’s football fan. Ricky had a great love for music; with a great passion for drums and he was a self-taught lead guitar player. Ricky loved his church Deliverance Temple Revival Center of Dudley, and his church family under the leadership of Apostle Lester Coward.

To send flowers to the family or plant a tree in memory of Mr. Ricky Lee Harper , please visit our Heartfelt Sympathies Store.

We encourage you to share your most beloved memories of Mr. Ricky here, so that the family and other loved ones can always see it. You can upload cherished photographs, or share your favorite stories, and can even comment on those shared by others.

Cecil EXUM, Deborah Boone Clevinger, and other have sent flowers to the family of Mr. Ricky Lee Harper .
Show you care by sending flowers

Posted Sep 21, 2020 at 09:54am
My sincere prayers and condolences are with the family. Ricky was a great friend who loved the Lord and a praiser. Shalom
Comment Share
Share via:
HS

Medium Dish Garden was purchased and planted a memorial tree for the family of Mr. Ricky Harper . Send Flowers

Posted Sep 20, 2020 at 02:06pm
Rest easy Harper U will B missed want never 4get U especially when U were workin at Duplin County Correction N Kenansville
Comment Share
Share via:
LJ 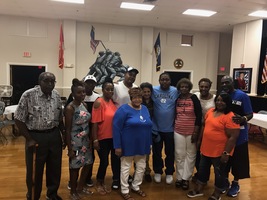 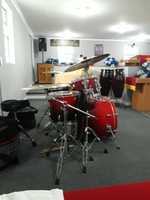