To share your memory on the wall of Mr. Michael Harper , sign in using one of the following options:

Provide comfort for the family by sending flowers or planting a tree in memory of Mr. Michael Harper

Provide comfort for the family by sending flowers or planting a tree in memory of Mr. Michael Harper

On February 10th, 1965, Michael Anthony Harper was born to Annette and Jesse Harper. While fighting a courageous battle, God stepped in and said “Well done thou good and faithful servant, you have fought a good fight.

Michael graduated from Southern Wayne Highschool in 1984. He worked at Waukesha (SPX) for 25 years and was a Detention Center Officer for Wayne County Sheriff Department until his health began to decline.

Michael Love his family Dearly Michael enjoyed fishing, helping others in any way possible, being outdoors, and watching his favorite NFL football team The Washington Redskins. He was also a member of Deliverance Temple Revival Center of Dudley NC under the leadership of Apostle Lester Coward.

To send flowers to the family or plant a tree in memory of Mr. Michael Harper , please visit our Heartfelt Sympathies Store.

We encourage you to share your most beloved memories of Mr. Michael here, so that the family and other loved ones can always see it. You can upload cherished photographs, or share your favorite stories, and can even comment on those shared by others.

Tony and Stevie Herbin and Deborah Boone Clevinger sent flowers to the family of Mr. Michael Harper .
Show you care by sending flowers

Posted Sep 21, 2020 at 09:57am
My prayers are with the family of Michael. Mike was a friend and a great young man who loved the Lord. May the family be sustained at this time by the promises of a Sovereign God. Shalom
Comment Share
Share via:
BT

Posted Sep 17, 2020 at 07:14am
WOW THIS IS a lot but God don;t make mistakes my thoughts and prayers are with you
TRAVIS BARDEN
Comment Share
Share via:
RP

News of your passing remains chilling.
But you were always the cool baby brother, from your moves on the basketball court to your Christian presence in the community.
You left a mark on this old world, as only you could.
You will be missed by many and never forgotten for the love and light you shared.

Posted Sep 16, 2020 at 06:17pm
Please accept our most heartfelt sympathies for your loss... Our thoughts are with you and your family during this difficult time.

Tony and Stevie Herbin purchased the Medium Dish Garden and planted a memorial tree for the family of Mr. Michael Harper . Send Flowers 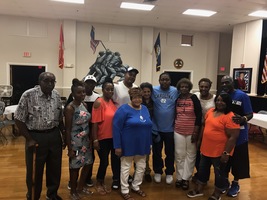 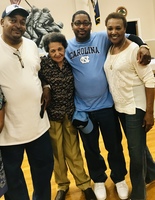