To share your memory on the wall of Ms. Sheila Bowden , sign in using one of the following options:

Provide comfort for the family by sending flowers or planting a tree in memory of Ms. Sheila Bowden

Provide comfort for the family by sending flowers or planting a tree in memory of Ms. Sheila Bowden

After high school, she moved to New York City to attend York College and work for Delta Airlines where she served as a flight attendant and traveled all over the world. While there she met a family that embarked upon her life, she would refer to them as “Daddy” and Daisy Benard who became her Godparents to her and her first born.

Her occupation led her to relocate to Dallas, Texas where she was married in union to Victor Streeter who has preceded her in death. From that union she bore two children.

Thereupon, she accepted the Lord into her life as her personal Savior and attended Dallas Baptist University where she studied the Word to get a full understanding.

She resigned from the airline industry after twenty years, and her calling from the Lord led her to relocate to Atlanta, Texas where she contributed as a valuable member of Enon First Baptist Church, where she led the praise dance team for many years. She worked at Atlanta High School as a mentor to troubled teens where she found her purpose to co-find a group for those that needed counseling, called, Black Educated Teens United (BETU). She was best known there as Mrs. Warren.

In her later years she was impelled to move back to her hometown of Goldsboro, North Carolina where she then married Willie Odell Bowden for a time.

She worked for the prison system and there-after was a faithful member of Pleasant Grove Free Will Church. During this time she was diagnosed with stage four pancreatic cancer and bore that cross until the very end.

She was preceded in death by her mother Mary Isler, her grandmother Sis Delcy Frazier, by whom she was raised and her brother Rev. William Isler.

To send flowers to the family or plant a tree in memory of Ms. Sheila Doris Bowden (Isler ), please visit our Heartfelt Sympathies Store.

We encourage you to share your most beloved memories of Ms. Sheila here, so that the family and other loved ones can always see it. You can upload cherished photographs, or share your favorite stories, and can even comment on those shared by others.

Love always, Karen, Kristin, Nick and Landon, Adrian Perkins and Family, and other have sent flowers to the family of Ms. Sheila Doris Bowden (Isler ).
Show you care by sending flowers

Posted Aug 19, 2020 at 11:57am
Sending love and prayers of comfort for Vickeita, Sheena, and grandchildren. Shelia will remain in our hearts forever. She was our sister in Christ.

Posted Aug 18, 2020 at 07:04am
We was friends for a very short time but learned a lot about each other , I will surely miss you RIH til we meet again. To the Family , you have my deepest Condolences & I will keep you in my prayers ♥️♥️♥️♥️♥️
Comment Share
Share via:
J 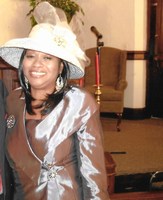 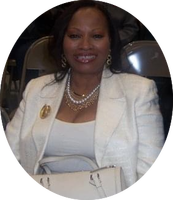