To share your memory on the wall of Dawn Best, Mrs. , sign in using one of the following options:

Provide comfort for the family by sending flowers or planting a tree in memory of Dawn Best, Mrs.

Provide comfort for the family by sending flowers or planting a tree in memory of Dawn Best, Mrs.

Dawn Rochelle Best was born on Aug 28, 1968 in Passaic NJ. She was the daughter of Terry Benjamin (deceased) and Maurice Benjamin. Dawn attended Eastside High School where she played Softball, Basketball and Chillydrill. She met her Husband (Edgar Best) in the year of 1982 and She graduated in the year of 1986.
The two married in the year of 1989 and the rest became history. Dawn loved cooking, singing and spending time with her children, grandchildren and family. Dawn had the biggest heart and smile and gave the best hugs. She never met a stranger
Dawn leaves to cherish her memories with husband of 32 years Edgar Best of Goldsboro. 6 children Shanaya (JJ) Gills of Goldsboro, NC, Hassan Best of Goldsboro, Lamar Best of Goldsboro,NC Kamone KK Best of Goldsboro,NC, Myesha Best and Nyesha Best of Goldsboro NC. One Sister Kecia Williams (Fred), of Goldsboro NC, 2 brothers Tabia Hill of Paterson NJ and Reese Benjamin of Paterson NJ. Stepfather, Corneilus Hill of Paterson NJ. 1 God daughter of the home Jessica Thomas of Charlotte NC. 4 grandchildren, Zy’mere Best, Alaya Best, Noah Best, and Scarlet best. Best Friends Sherry Capers, Noel Jacobs, and Tasha Gibson. One Favorite Cousin Taihessa Lee. Host of God children, Neices and Nephews, Aunts, Uncles Relatives and Friends.

To send flowers to the family or plant a tree in memory of Dawn Rochelle Best, Mrs. (Benjamin), please visit our Heartfelt Sympathies Store.

We encourage you to share your most beloved memories of Dawn here, so that the family and other loved ones can always see it. You can upload cherished photographs, or share your favorite stories, and can even comment on those shared by others.

Posted Aug 17, 2020 at 03:11am
Iam so very sorry and shock to hear of the passing of your love one.Praying for strength for you and family. We love you FROM WOMEN ON THE MOVE FOR THE LORD PLUS 2 Glenda Ward Davis
Comment Share
Share via:
PT

Posted Aug 14, 2020 at 06:56pm
In the name of Jesus Christ I ask that the Holy Spirit protect, comfort and provide Peace to the Best Family. Teresa, Patrick & Brandy Turner.
Comment Share
Share via:
RM

Posted Aug 12, 2020 at 05:43pm
Bishop Raveion and Annie Moses
Sincere Sympathy and praying for the family, that God will comfort and strengthen you in your time of sorry.

Posted Aug 11, 2020 at 08:18pm
Sorry to hear the loss of Dawn, I know her from working as a sub at Norwayne Middle Sch, she was very nice. My thoughts and prayers are with the family.
Comment Share
Share via: 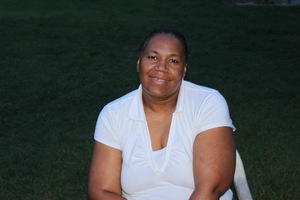 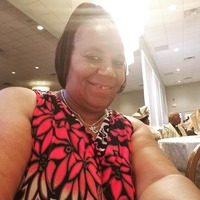 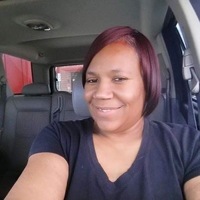