To share your memory on the wall of Harvey Cousins , sign in using one of the following options:

Print
The management and staff of Serenity Memorial Funeral Home extend its sincerest condolences to the family of Mr. Harvey Cousins, 77, who transitioned on Wednesday, June 10, 2020 at the Vidant Medical Center, Greenville, NC.


Memor... Read More
The management and staff of Serenity Memorial Funeral Home extend its sincerest condolences to the family of Mr. Harvey Cousins, 77, who transitioned on Wednesday, June 10, 2020 at the Vidant Medical Center, Greenville, NC.


Memorial Services will be observed on Wednesday, June 17, 2020, from 10 AM until 12 Noon in the Chapel of Serenity Memorial Funeral Home.

Harvey Cousins, son of the late Prince Robert Sr. and Janie Bell Cousins, was born in Wayne County, NC. August 9th, 1942. He was the second of three children. He was preceded in death by his older sister, Joyce Harris and leaves to cherish his younger brother, Prince Robert Cousins Jr., Ossining, NY.

Harvey's life journey began after he graduated from Carver High School in 1960 where he moved to NY and began his working career. He worked various jobs, but auto mechanics was his passion. He could tell you anything about how a car runs. He worked for Grumman Industries, owned his own service station and worked at Creedmore Hospital as an orderly. He always had a hustle to provide for himself and his family.

Harvey always had a love for western TV shows, baseball and most of all....his children. If you sat down and spoke to him, those were his topics.

After their marriage ended in divorce, Harvey had a son, Jeshua Ashley (LaTisha), Cincinnati, OH.

Harvey was such a gracious and compassionate man. His reach was so far and wide that he had an impact on every soul he touched. You were definitely blessed if he ever graced your presence. Everybody loved and respected him. He would give you the shirt off his back, all you had to do was ask.
If you ever wanted Harvey to smile or see a twinkle in his eye, talk about his children or grandchildren. He was so proud of the legacy he started.

Harvey took his final breath and walked through The Pearly Gates on June 10th, 2020

He leaves to mourn a special cousin Ricky and host of nieces, nephews and cousins.Services of Love & Compassionate Care have been entrusted to Serenity Memorial Funeral Home & Cremations, LLC.
Read Less

To send flowers to the family or plant a tree in memory of Harvey Cousins , please visit our Heartfelt Sympathies Store.

We encourage you to share your most beloved memories of Harvey here, so that the family and other loved ones can always see it. You can upload cherished photographs, or share your favorite stories, and can even comment on those shared by others.

Love, Tonya Bizzell-Thorpe and JoAnn Bizzell-Johns, Lisa Core, and other have sent flowers to the family of Harvey Cousins .
Show you care by sending flowers

Posted Jun 13, 2020 at 01:52pm
At this sorrowful period in your life, please accept my sincerest condolences for the death of your loved one.  Reflecting on the divine promises found in the Bible will give you hope and strength to keep going until all of God's promises are fulfilled. (John 5:28, 29; Romans 15:13; 2 Thessalonians 2:16, 17).
Comment Share
Share via:
J

Posted Jun 13, 2020 at 01:43pm
At this sorrowful period in your life, please accept my sincerest condolences for the death of your loved one.  Reflecting on the divine promises found in the Bible will give you hope and strength to keep going until all of God's promises are fulfilled. (John 5:28, 29; Romans 15:13; 2 Thessalonians 2:16, 17).
Comment Share
Share via: 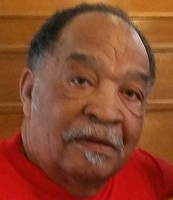