To share your memory on the wall of Diana Jacobs, sign in using one of the following options:


Diana Cox Jacobs was born June 30, 1963, in Lenoir County to the late Leslie and Annie Margaret Cox. She Departed this life on May 23, 2020, at Kitty Askins Hospice Center, Goldsboro, NC

Diana attended Eastern Wayne High School. She was a stay at home mother taking care of a host of family, friends, and loved ones. In 1987 she met Anthony Jacobs (Vain) and after 5 years they committed themselves in marriage on June 12, 1992; this year would have been 28 years of marriage.

Diana began attending Holy Temple Church. After joining the Bibleway church, she later had the vision to start a new church called Bibleway Mission. She was the first person to raise money to start the mission account and also hired the first crew to start cleaning the church lot. Unfortunately she did not get a chance to achieve her goal of going into the new church before she went home to be with the Lord. Diana, also known as Diane, was loved by many, and her love and passion was to take care of others. She never met a stranger or someone she was not willing to help, and she put her whole heart into being a caregiver for her mother.

To send flowers to the family or plant a tree in memory of Diana "Diane" Jacobs (Cox ), please visit our Heartfelt Sympathies Store.

We encourage you to share your most beloved memories of Diana here, so that the family and other loved ones can always see it. You can upload cherished photographs, or share your favorite stories, and can even comment on those shared by others.

Posted May 28, 2020 at 12:19pm
God has no sorrows that heaven can not heal. I have and still is praying for you all,
Comment Share
Share via:

Posted May 25, 2020 at 07:51pm
Condolences to the family. Diane you will be missed. Sitting by the door in the first chair, I will always see you there. The smile. What a wonderful smile. RIP. Wanda Weeks
Comment Share
Share via: 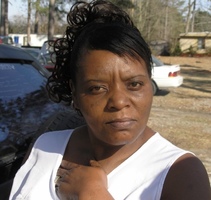