To share your memory on the wall of William Smith, Jr. , sign in using one of the following options:

Provide comfort for the family by sending flowers or planting a tree in memory of William Smith, Jr.

Provide comfort for the family by sending flowers or planting a tree in memory of William Smith, Jr.

Print
The management and staff of Serenity Memorial Funeral Home extend its sincerest condolences to the family of Mr. William Arthur Smith, Jr., 59, of Mitchellville, Maryland, formerly of Goldsboro, NC.

William, born November 15, 1960, was the youngest child of William A. Smith, Sr and Eva Mitnaul Smith, both of whom predeceased him. He graduated from Goldsboro High School in 1979. During his high school years, he met the love of his life, Wanda Coley. They later married and have enjoyed many years of travel around the world, attending major sporting events, and support of the performing arts.

To send flowers to the family or plant a tree in memory of William Arthur Smith, Jr. , please visit our Heartfelt Sympathies Store.

We have provided a digital copy (PDF) of the Memorial Program that we supply at the time of the service. To Download this file please click the filename below.

We encourage you to share your most beloved memories of William here, so that the family and other loved ones can always see it. You can upload cherished photographs, or share your favorite stories, and can even comment on those shared by others.

Posted May 17, 2020 at 01:56am
Sending my prayers and thoughts to my cousin Wanda. From the Reid and Greene and Mickens families.
Comment Share
Share via:
HS

Flowers were purchased and a memorial tree planted for the family of William Smith, Jr. . Send Flowers

Posted May 16, 2020 at 09:36am
My sincere sympathy, Wanda and Family. May you find strength in the Lord during your loss. Thinking of you always.

Posted May 15, 2020 at 11:38pm
Wanda and family,
I'm so sorry about Bill's sudden passing. My sincere sympathies and prayers for comfort go to you and your family for this great loss.
Chuck Rice
Comment Share
Share via:
CR

Posted May 15, 2020 at 10:43pm
Wanda and Family, I'm so sorry for Bill's passing and your loss. My prayers are with you all in your grief. Sincerely, Chuck Rice 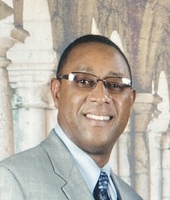 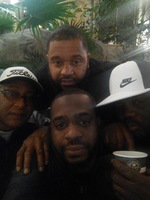