To share your memory on the wall of Alton Mr. Waters , sign in using one of the following options:

Provide comfort for the family by sending flowers or planting a tree in memory of Alton Mr. Waters

Provide comfort for the family of Alton Mr. Waters with a meaningful gesture of sympathy.

ALTON RAY WATERS, known by everyone as “Raycap”, was born on July 10, 1953 in Greene County, NC. One of 16 children, he would be reared in the Jason Community near LaGrange, NC. He attended Greene County Public Schools for the majority of his academic career. It was during his high school years that he moved to the Parkstown Community in Goldsboro, NC and graduated from Eastern Wayne High School in 1972.

Always carrying the reputation of being a hard worker, following his graduation from high
school, he would soon begin his nearly 30-year career at AP Exhaust Products. Perhaps it was his work in this steel industry that endeared him to his beloved Pittsburgh Steelers. But Sundays were not only about football for Alton as he would eventually be led to the Lord by his brother-in-law Elder Arnold Thornton. It was through this event that his life would forever be transformed and Sundays would take on a whole new meaning for him: a day to worship and praise God with other believers! No longer content to only watch football and drink his favorite Mountain Dew on Sundays, Alton would now go on to serve for years at the Saints Delight United Holy Church in Parkstown, later joining the Tabernacle of Prayer for All People in Goldsboro where he remained a faithful member until his passing. On June 14, 1986 Alton married the love of his life, Peggy Lawson, and from this union two sons were born, Antonio and Sean. He prided himself in always putting his family first, oftentimes working two to three jobs just so his boys could experience a life he did not have.

To send flowers to the family or plant a tree in memory of Alton Mr. Ray "Ray Cap " Waters , please visit our Heartfelt Sympathies Store.

We encourage you to share your most beloved memories of Alton Mr. here, so that the family and other loved ones can always see it. You can upload cherished photographs, or share your favorite stories, and can even comment on those shared by others.

Posted Mar 31, 2020 at 07:43am
Wishing you peace to bring comfort, courage to face the days ahead and loving memories to forever hold in your hearts.

Earth has no sorrow that Heaven cannot heal.
On Behalf of the Davis family, we offer our sincere prayers and condolences to you and our family during this most difficult time in our lives. God is the greatest comforter that one can have, as I know you will continue to trust in Him as the strength of your lives, for He will be with you through it all, even in Death. Weeping may endure for a night but Joy will come in the morning. 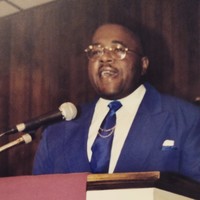