To share your memory on the wall of Tanga Battle , sign in using one of the following options:

Print
Fremont - The management and staff of Serenity Memorial Funeral Home extends its sincerest condolences to the family of Ms. Tanga Irene Jones Battle, 62, who passed away on Sunday at the Vidant Medical Center, Greenville, NC.

Tanga iren... Read More
Fremont - The management and staff of Serenity Memorial Funeral Home extends its sincerest condolences to the family of Ms. Tanga Irene Jones Battle, 62, who passed away on Sunday at the Vidant Medical Center, Greenville, NC.

She attended Wayne County Public Schools. Her life revolved around her son and granddaughter.

Tanga was always taking care of others and putting their needs and wants before her own. She found joy in making others laugh and smile. She was an awesome person and was a true blessing to her family. Her wonderful smile, unselfish love for her family and genuine heart of gold will truly be missed.

To send flowers to the family or plant a tree in memory of Tanga Irene Battle (Jones ), please visit our Heartfelt Sympathies Store.

We encourage you to share your most beloved memories of Tanga here, so that the family and other loved ones can always see it. You can upload cherished photographs, or share your favorite stories, and can even comment on those shared by others.

Posted Feb 22, 2020 at 01:36pm
My condolences to the family of my classmate. She was a sweet person and will be missed.
Comment Share
Share via:
K

Posted Feb 21, 2020 at 06:30pm
Tangy was a very loving and caring person. She always said what she meant. You had to know her to realize that she was a trip. We have had numerous conversations. She would have you laughing and tripping whether you felt like it or not. I love you Irene!! You will always hold a special place in my heart!!!
Comment Share
Share via:
AB 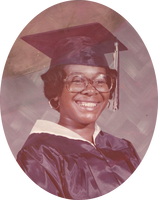