To share your memory on the wall of Odell Edmondson , sign in using one of the following options:

“I believe every guitar player inherently has something unique about their p... Read More
Goldsboro - Mr. Odell "Tony" Edmondson, 59, of Goldsboro,NC, traded his earthly instruments, to play for the heavenly choir on Thursday , February 13, 2020.

“I believe every guitar player inherently has something unique about their playing. They just have to identify what makes them different and develop it.” Jimmy Page

Odell Tony Edmondson, 59, of Goldsboro, NC passed away peacefully on Thursday, February 13, 2020. He was born July 25, 1960 and was the son of the late Claude and Eleanor C. Edmondson. He was proceeded in death by his sister Jessie Dorothy “Dot” Jackson.

Tony was educated in the Wayne County Public Schools and was a proud graduate of the Goldsboro High School Class of 1978.

At an early age, Tony attended Goldsboro, Chapel Free Will Baptist Church. However, his music ministry led him to evangelize from church to church and city to city. His most recent church affiliation was under the leadership of Pastor Helen Reid and Deacon Mal Reid and the Pathway to Life United Holy Church Family of Fremont, NC.

Tony spent many years educating the youth through his employment and volunteering his god given talent at O’Berry Neuro-Medical Treatment Center, Wayne County Public Schools, and Cumberland County Schools which are all in NC.

Tony began his musical career at the age of 11. He was a self-taught guitarist and always had a unique way to make his guitar speak to your heart. He heard from God to make a joyful noise and not only did he believe that for himself, but he took it as a commission from God to share and teach all that he came in contact with. Tony was the CEO and Founder of Unity 'N' Vision Records/Studio Perfections where he did work as a producer and engineer. He was a song-writer, composer of gospel and love songs, and produced jingles for radio, tv commercials, and youth of all ages. For over two decades, he has performed for churches, concert halls, with different artists, and many other events. His performances have spanned across the country. Tony was a Christian Minister of Music. He believed that Jesus Christ died on the cross to redeem man-kind of all sins. He was a humble servant and very excited about what God had gifted him to do as a singer and guitarist. He touched the lives of many. Tony’s passion for music and people was a reflection of his belief.

Tony’s awards and accomplishments include the 1995 Governor Easley Award for School Volunteer, the 2004 Lamplighter Shirley Caesar Award, the Humanitarian for the State of North Carolina, the Fine Works of Education on the Behalf of Children, and many others.

Tony is survived by his sister Mable Graham of Manapattan, Massachusetts. He will be forever remembered by his siblings, aunts, uncles, nieces, nephews, cousins, godchildren, family members, and a host of special friends.

To send flowers to the family or plant a tree in memory of Odell "Tony" Edmondson , please visit our Heartfelt Sympathies Store.

We encourage you to share your most beloved memories of Odell here, so that the family and other loved ones can always see it. You can upload cherished photographs, or share your favorite stories, and can even comment on those shared by others.

Faye Beamon, Angeline Grady, and others have sent flowers to the family of Odell "Tony" Edmondson .
Show you care by sending flowers

Posted Mar 21, 2020 at 02:01am
Tony, it was a very beautiful day the first time I met you and we performed together for the first. I enjoyed the talks we shared. Never expected you to leave so soon. May you rest in peace. A Legend to be remembered.
Comment Share
Share via:
JD

Posted Feb 21, 2020 at 08:34pm
Dear God,
Tony every song that you sang here was so personalized, touched the listener's heart. You came to my father's birthday party where you touched everyone of my family member's heart especially dad.
Thanks for sharing you talents, gift of music with us. We will miss you.
May God Bless you in your new place with his heavenly angels.
Friends forever,
Judith Ezzell Davis & Family

Posted Feb 21, 2020 at 03:08pm
To the family of brother Tony, I just want to say that he was a blessing two out Ministry the Abundant love Ministry he was always there when we needed his help and he was a friend in deed keep looking up and be encouraged.
Comment Share
Share via:
FB

Posted Feb 21, 2020 at 10:27am
Condolences to the family.TONY rest peacefully and satisfied as you journey home.Much love to you from Percy ,Faye,Jeremy,Destiny and Andrielle Beamon

Faye Beamon purchased the Love's Journey and planted a memorial tree for the family of Odell Edmondson . Send Flowers

Posted Feb 20, 2020 at 10:02pm
It was my pleasure and priviledge to have Tony as my musician at weddings and other events. Tony's love for music and his love for God was infectious. He was a joy to be around, and always pushed us to give 100% in all we did for the Lord. Tony will be missed, but the legacy he leaves with us will be remembered by all who knew him.
Comment Share
Share via: 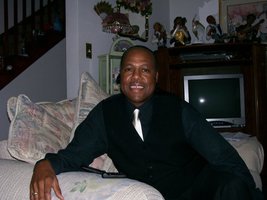 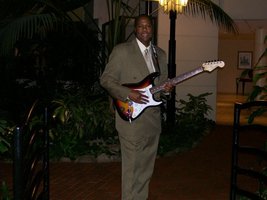 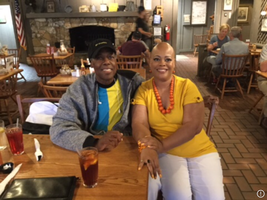 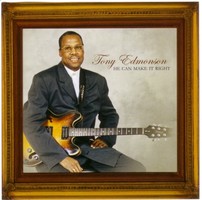