To share your memory on the wall of Wilbert Barnes , sign in using one of the following options:

Provide comfort for the family of Wilbert Barnes with a meaningful gesture of sympathy.

Print
May his peace be with you until we meet again......


We the staff and management join with the family and friends of Mr. Wilbert " Paul" Barnes to announce his earthly departure and heavenly flight.


We the staff and management join with the family and friends of Mr. Wilbert " Paul" Barnes to announce his earthly departure and heavenly flight.

On April 16, 1948, Wilbert “Paul” Barnes was born to the late Leslie & Flossie Barnes in Kenly, NC.
Paul was the youngest of 9 children. He was called home on October 29, 2019 at the Kitty Askins Hospice Center in Goldsboro, NC.


He attended Norwayne School in Wayne County. He worked at Export & Alliance One Tobacco Company in Wilson, NC, as a Forklift Operator for over 50 years until he retired.

Paul enjoyed motorcycles, race cars, riding around Fremont in his truck greeting his friends. He was loved & he loved the Lord & his family.

We encourage you to share your most beloved memories of Wilbert here, so that the family and other loved ones can always see it. You can upload cherished photographs, or share your favorite stories, and can even comment on those shared by others.

Posted Nov 01, 2019 at 08:13pm
Our prayers are truly with you during this
time ! May you find peace and comfort in knowing your love one is resting in the masters arms!
Praying, Barbara Coley Holden, and Shanika Holden
Comment Share
Share via:
V

Posted Nov 01, 2019 at 08:10pm
To Barnes family,
We the Coley family send you our prayers and deepest condolences through this difficult time! Just know that he is resting and in peace!
Love you, Vera and Shevonne Coley and Maggie Coley Neal and Wayne Middleton
Comment Share
Share via:
CS

Posted Nov 01, 2019 at 06:50pm
To the Barnes Family, sending you our deepest sympathy and praying your strength during your time of lost. We have truly-truly lost an dear friend, yet heaven has gained a wonderful angel. 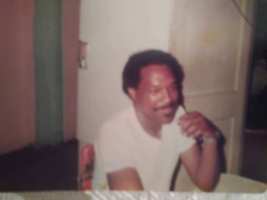 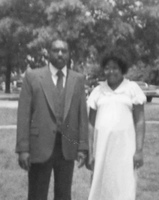