To share your memory on the wall of Mrs. Geraldine Atkinson , sign in using one of the following options:

Provide comfort for the family by sending flowers or planting a tree in memory of Mrs. Geraldine Atkinson

Provide comfort for the family of Mrs. Geraldine Atkinson with a meaningful gesture of sympathy.

Print
It is with a sorrowful heart that we the Staff & Management of Serenity Memorial Funeral Home has the solemn duty to advise all of the earthly departure of Mrs. Geraldine Summers Atkinson, 72, of Saulston, NC.

“And God shall wipe away ... Read More
It is with a sorrowful heart that we the Staff & Management of Serenity Memorial Funeral Home has the solemn duty to advise all of the earthly departure of Mrs. Geraldine Summers Atkinson, 72, of Saulston, NC.

“And God shall wipe away all tears from their eyes and there shall be no more death neither sorrow nor crying neither shall there be any more pain for the former things are passed away” Revelations 21:4

Geraldine Summers Atkinson was born September 7, 1946, to the late Preston and Ruth Virginia Reid Summers. She departed this earthly life and joined her heavenly father on January 22, 2019.

Gerald, as she was affectionately called by her family and friend, was additionally preceded in death by her loving husband of 54 years Raymond Atkinson one sister Christine Summers Cox, 2 brothers Jimmie Randolph and Michael Summers.

Gerald was a devoted and loving wife for 54 years, mother, grandmother, sister, cousin and friend to all that she knew. She had a quiet and sweet disposition and a big heart. She had a passion for sports and attended many games of her daughter, grandson, and granddaughter.

To send flowers to the family or plant a tree in memory of Mrs. Geraldine Atkinson (Summers), please visit our Heartfelt Sympathies Store.

We encourage you to share your most beloved memories of Mrs. Geraldine here, so that the family and other loved ones can always see it. You can upload cherished photographs, or share your favorite stories, and can even comment on those shared by others.

Posted Jan 23, 2019 at 12:00pm
I am sorry for your loss. Continue to let your fond memories of Geraldine warm your hearts. Always remember that God cares for you and is “close to the broken-hearted.” May you call on Him in prayer for comfort and strength during this difficult time. Psalm 34: 18.
Comment Share
Share via:
A

Posted Jan 23, 2019 at 10:16am
My deepest sympathy to the Atkinson family and friends. Death was not a part of God's original purpose for mankind. According to Ecclesiastes 3:11 he "put eteternity" in our hearts. You can be assured that his purpose will be carried out. For he has promised to make all things new, sickness and death will be eliminated and will never come to mind again. Revelation 21:3,4 May these promises prove to be a source of comfort when it's greatly needed.
Comment Share
Share via:
G

Posted Jan 23, 2019 at 09:51am
My sincere condolences to the family and friends of Mrs. Geraldine Atkinson. I feel your pains and sadness but God feels it more , that is why he has promise to remove death forever. May God's promise and words bring you comfort. Revelation 21:4-5.
Comment Share
Share via: 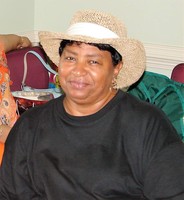