To share your memory on the wall of Daisy Bryant, sign in using one of the following options:

Provide comfort for the family of Daisy Bryant with a meaningful gesture of sympathy.

Print
"If my parting has left a void, then fill it with remembered joy."

It is with a servants heart that we the staff of Serenity Memorial Funeral Home has been charged with the solemn duty to advise all that Ms. Daisy Bryant, 6... Read More
"If my parting has left a void, then fill it with remembered joy."

It is with a servants heart that we the staff of Serenity Memorial Funeral Home has been charged with the solemn duty to advise all that Ms. Daisy Bryant, 64 , of Goldsboro,NC, has transitioned to her eternal home as of Wednesday, December 12, 2018, surrounded by her loving family.

Daisy Bryant, daughter of the late Lloyd James Bryant and Ella Williams Bryant. She was born on November 10, 1954, in Mt. Olive, North Carolina. She departed this life on December 12, 2018, in Goldsboro, North Carolina.

She was the granddaughter of the late Knox and Lindia Williams and the late Oscar and Daisy Bryant.

She was predeceased by her sister Evelyn Bryant.

Daisy was a loving, enduring daughter, sister, and aunt who was received the same love wholeheartedly by all who knew her. She attended Goldsboro High School of which she graduated with the class of 1973. She would go on to further her education at the Wayne Community College. Daisy also enjoyed cooking meals in for everyone to partake. Words cannot describe how exemplary Daisy was on this earth. Her passing has left a void that can never be replaced.


The family will receive friends at the home of her sister:
101 Hyde Park Lane
Goldsboro, NC 27530

We encourage you to share your most beloved memories of Daisy here, so that the family and other loved ones can always see it. You can upload cherished photographs, or share your favorite stories, and can even comment on those shared by others.

Cynthia Bryant, From Annie, Tom, John, and Evelyn (Carroll Family), and others have sent flowers to the family of Daisy Bryant.
Show you care by sending flowers

Posted Feb 11, 2020 at 09:13pm
First I want to say my condolences. To the Bryant family Sorry for your loss. Secondly This might be a strange question. So would you be related to? A Willey And Elizabeth Bryant. If you are Could you please contact me? My email address is 080keith@gmail.com! If not again I am very sorry for your loss.
Comment Share
Share via:
CB

Posted Dec 14, 2018 at 09:03pm
With deepest sympathy in the loss of our dear aunt. The family will be in our thoughts strongly as you all celebrate her today. Love Mary and Lawrence 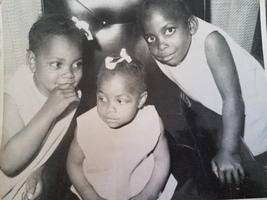